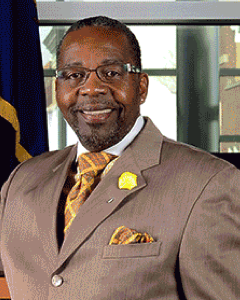 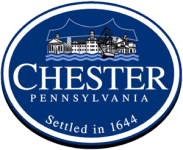 A Message from the Mayor

These are difficult times for the City of Chester. We all know the security, safety and economic struggles of our citizens and the fiscal hole we inherited as a City, and now our individual economic, and the City’s fiscal issues have been greatly exacerbated by the COVID-19 crisis. As a result, regrettably we have been forced to undertake dramatic layoffs and have entered a path towards a receivership for the City under the direction of Governor Tom Wolf.

It is our hope that the fiscal problems will be of a limited duration, however, as there is a path to financial stability on the horizon.

As you may know, the City created and has owned the Chestier Water Authority for almost 100 years and until 2011, appointed all of its board members. However, in 2011, at the urging of a single senator, legislation was passed which gave equal board seats to the City, Chester County and Delaware County. Since that time, the CWA has acted as though it alone owns the assets, a position with which the City strongly disagrees. About two years ago we began looking at whether and how to monetize the assets of the Chester Water Authority and, after significant litigation, we have won an interim victory and are now able to get a sense of the market for these assets. While the litigation continues, we have undertaken an important first step when we issued a request for proposals in February.

Those proposals arrived in the second week of March and, before we could advance to the next step, we were waylaid by the coronavirus. But we are not to be deterred. I am thus pleased to make available for your review the three bids, containing four proposals, we received for the assets. Our plan had been to hold a series of public meetings to explain these proposals and take your questions, but that is not to be in the near future due to the mandated social distancing requirements. So, at least as an interim measure, we decided to build this website and put up these proposals, and to seek your input.

A little summary first. The Pennsylvania operations of two major, national private companies, American Water and Aqua America, submitted bids ranging from $330 million to $410 million. American Water, based in South Jersey, submitted the highest bid, but that bid also comes with the highest rates to our citizens. Aqua America’s two bids are for lower amounts, but still would result in hundreds of millions of dollars for the City, and lower customer rates. Further, Aqua’s response to the RFP was the only one which committed to an upfront payment to the City of millions of dollars.

I restate my commitments to you that whatever path we select will be the right one for the City of Chester, the rate payers across the CWA system, and the good men and women who maintain our water supply. Water systems are being privatized across the region and the Commonwealth, including recently in large parts of both Delaware County and Chester County. If we do this, we will do so responsibly. I am thrilled that all three bidders have demonstrated interest and made proposals to purchase the CWA’s assets.

Now more than ever we need a path to solvency. And that path, if it involves a deal for the CWA assets, must include responsible and safe water quality, quality employment protections for our workers, and fairness to our ratepayers.

These are opening proposals and I have asked, and City Council agreed this morning, to authorize our attorneys to begin negotiations with all three bidders, which could include supplemental or changed financial terms. But we wanted to make these proposals available to you now, so you can see what we are looking at and how we hope to use this process to resolve our obligations and chart a path forward for the people of Chester and our neighbors.

When you put in your comments, know these will be public. So, we are asking you to include some identifying information, just like we would if you were speaking at a public session of City Council.

We expect to update this site in the future as the process evolves and I look forward to an eventual meeting where we can all potentially discuss this in person in the not-too-distant future.

Send us a message and someone from the City of Chester will get back to you as soon as possible.